I guess I was one of the lucky ones, whose parents, and in fact, grandparents were all motivated to be out in the hills. When I was very young, I thought this was the norm, and that everybody spent all their spare time out walking, scrambling and climbing, from The Peak and Wales to the Lakes and Scotland. As I got older I began to understand that as a kid growing up in rural Kent, and going to school in Dartford, that what we did was, in fact, far from normal. From a very young age we were out, summer and winter, sun, rain or snow. My grandmother lived in a cottage high up on the Migneint moor in Southern Snowdonia, so we had access to wild places right from the doorstep, and we spent a lot of time there when I was younger. Some of my earliest memories are of exciting days out on the North Ridge of Tryfan, Bristly Ridge, and Crib Goch. It all just seemed to be part of a normal life to me.

We always had regular holidays in the Scottish Highlands, normally driven by my Mum’s love of ticking Munro’s and going to generally remote places in the Far North West. I remember driving north from Ullapool, and seeing Suilven for the first time in a perfect sunset, and really getting a feeling for the direction I wanted to take my life. I was only 10 years old at the time. Those trips as a kid were magical experiences, firmly sealing my relationship with my parents as two of my best friends, we had so many wild adventures together. Another very vivid recollection was at a similar age, when we caught the post boat to Inverie in Knoydart and backpacked around the area, climbing all the Munro’s there over a few days one Easter. The weather was perfect that whole fortnight, and it was an experience that will remain with me to the grave. Ladhar Bheinn, Lunnie Bheinn, Sgurr Na Ciche, all summits I shared with my folks over 30 years ago, and I still remember it like it was yesterday.

We had winter adventures up there too, and other early memories are of an ascent of Central Gully on Ben Lui with Dad booting a staircase up it for me in the snow, and Mum spotting behind. Later we also skied, initially on Nordic Mountain skis to allow us to cross the plateau summits of the Cairngorms, a particularly memorable day was a traverse of all the East Drumochter Pass Munro’s while completely above the clouds, on perfect deep snow cover all the way from the road. This led into Alpine adventures which really sealed my path in life. On my first trip, we visited the village of Pralognan in the Vanoise region where the highest peak is just under 4000 metres and called the Grande Casse. We tried to climb it at the end of that first trip, and, woefully under-equipped since Dad hadn’t planned on trying anything like this, we turned back at the steepest point on the Voie Normale in poor conditions. I will never forget spending the next year back in Kent, barely able to think of anything but that mountain, and finally, the following summer we went straight back there and climbed it. At 11 this showed the signs of a growing passion for mountaineering. 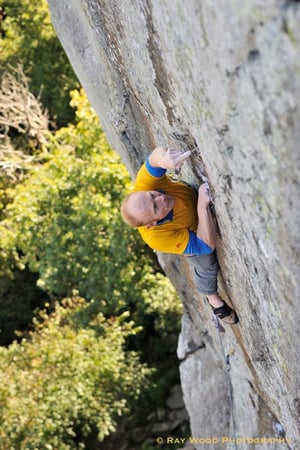 As I got older I always wanted to share these experiences with my friends, and we often had mates come to Wales with us, or took people rock climbing on the Sandstone crags in Kent with weekend trips to the Gritstone crags in the Peak. Later as a teenager, I used to lead groups of Venture Scouts on trips in the hills and have a hilarious memory of a late Autumn trip to Snowdonia where I took four mates up Charity on the Idwal Slabs in light rain, which turned to wet snowfall. I realised I loved taking folk on these sort of adventures and for my work experience post GCSEs when all my friends were going to London to work at Banks and legal firms, I went for a month to North Wales and worked as a Voluntary Instructor at an outdoor centre in Tremadog. This was where I really learned the true value of Outdoor Education. My first ever experience of working with a group was a bunch of kids with learning and behavioural difficulties from the City of Salford, Manchester, and again I remember it as if it were yesterday. Many of these children had barely seen grass before and were blown away by the sights of sheep, and cows in the meadows surrounding the village. The week really changed these young people’s lives for the better, and they left with a totally different view of the world to the one they arrived with. As a 16-year-old from a relatively privileged background, they had had as much, if not more of an impact on me as I did on them. I knew what I wanted to do for a career, and it certainly didn’t involve working in the city of London.

Being part of a process of facilitating these kinds of young people gaining experiences I had had all my life suddenly seemed so important to me, and after leaving school, I had a place at University to study Geography/Geology, which I deferred to go and work for PGL, a kids outdoor activity company for a summer. I loved it and was promoted to a Senior Instructor development scheme that Autumn, and returned the following year as a Chief Instructor and a part of their regular training department. At the end of that season, I got the job as Chief Instructor at their Centre in the Highlands at Dunkeld, which I jumped at the offer of. I loved seeing groups coming in every week, all having a great fun residential experience. After a season running the department, I decided it was time to move on as I had always planned to be more involved in mountaineering and the teaching of it, so after a summer of climbing in Wales, I moved to Aviemore and worked in an outdoor shop part-time and climbed and skied as much as possible. During this period I completed my Summer Mountain Leader and Rock Climbing Instructor awards, and attended Mountaineering Instructor Award and Mountain Leader Winter Training.

I then applied to become a Trainee Instructor at Plas y Brenin and was accepted on the scheme. The rest is history, and 18 years later I find myself still here writing this article. I completed my MIC in winter 2005 and have worked for the centre on a part or full-time basis ever since, while still pursuing my obsession with all things mountain-related along the way. It has been a privilege to train, mentor and assess so many people developing their skills as the leaders and instructors of future generations, continuing to inspire and educate the full range of groups and individuals to cherish our wild spaces and gain a passion for the outdoors at any level. Nurturing this passion, and encouraging people to lead healthy active lives with a connection to the real, natural world around them seems even more essential to humanity now than it was 60 years ago. At a time of environmental crisis, with the mental health of the population an increasing concern to all, this seems like the time to stand up and fight for an industry that is firmly rooted in developing and inspiring people on all these fronts.

Over the last 20 years, I have seen a thriving Outdoor Education Centre system slowly be eroded to a bare minimum, and the current pandemic crisis will, if we are not very careful, erase it completely. In my lifetime, and professional career, I have seen almost daily, the vast positive impact outdoor experiences can have on the lives of individuals and groups alike. The opportunities of having these experiences for people from less affluent backgrounds, or those living in built-up urban areas, are rapidly disappearing and immediate positive action is required to stop this if we want to see it saved for future generations.

How you can help 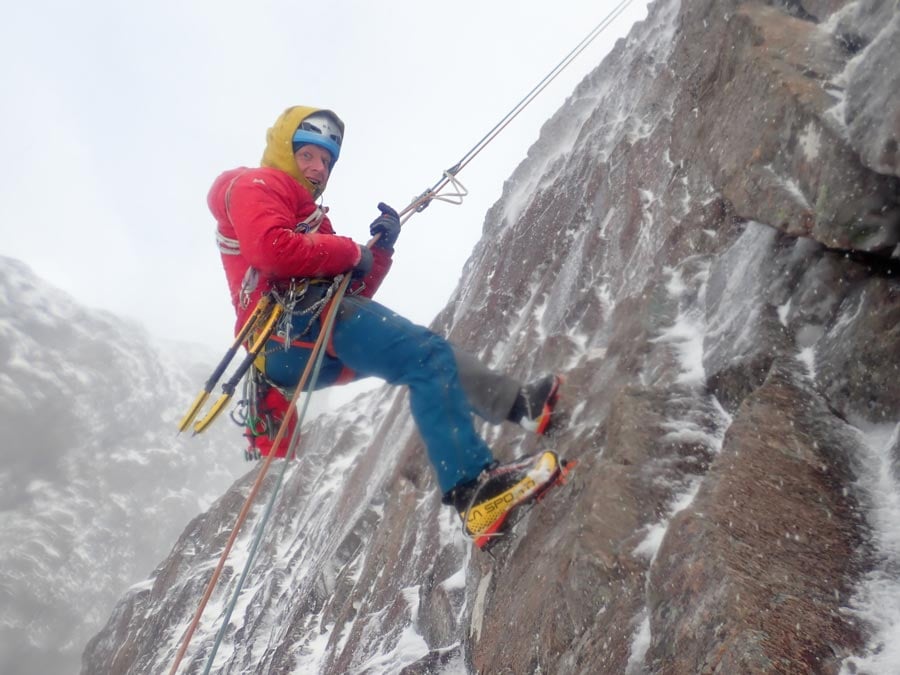 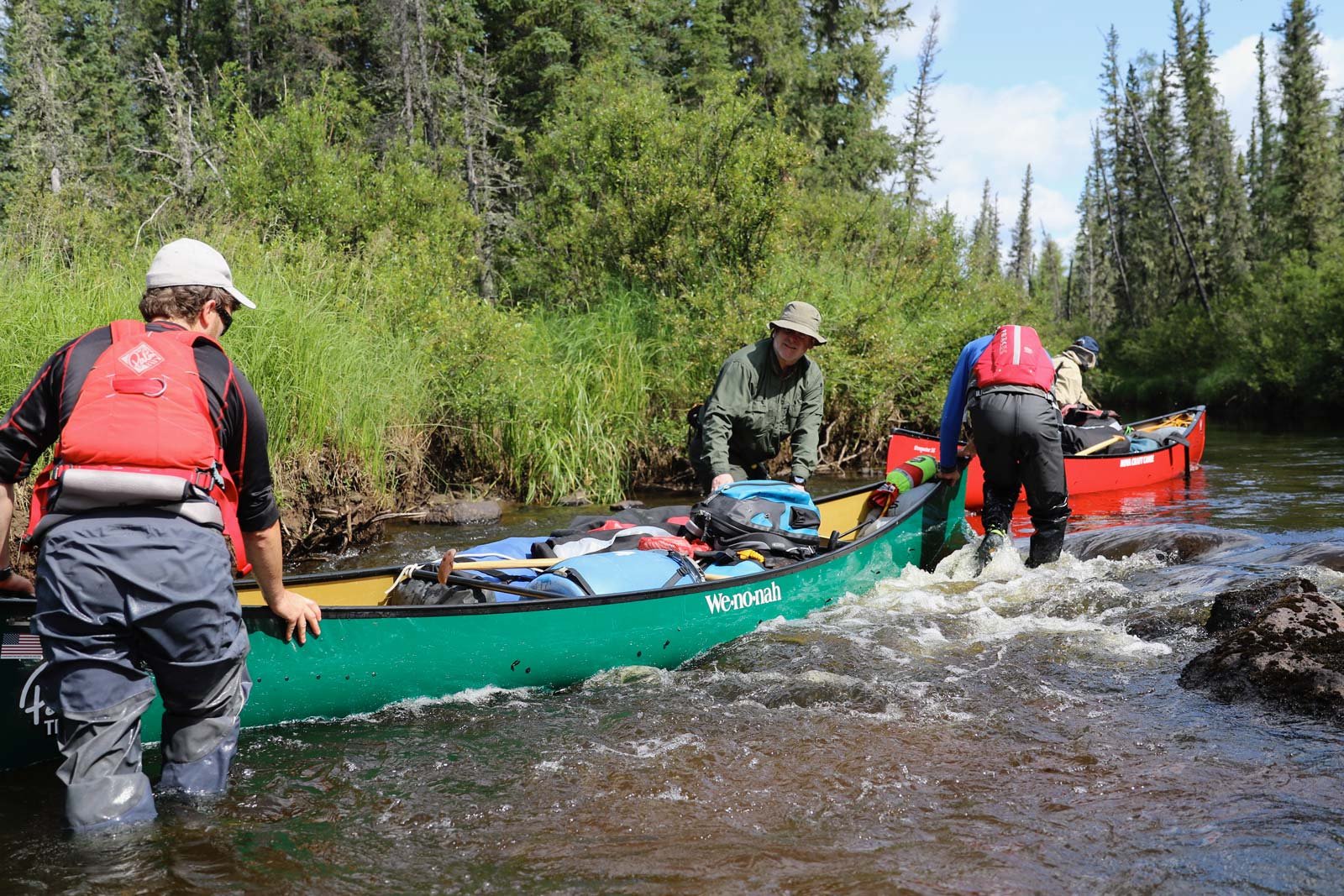 An Adventurer’s Guide to Surviving Lockdown. Dr Loel Collins, Director of Learning and Development, shares his advice from a lifetime of expeditions to help you make the most of your time in lockdown.